Smirnoff Calls on Kings, Queens and Every Drag Performer In-between to Show Up for its Most Inclusive Drag Celebration Ever

NEW YORK, June 28, 2022 /PRNewswire/ -- Smirnoff is inviting all people to Show Up and Show Off for the LGBTQUIA+ community as it serves up its most inclusive drag celebration ever. With the help of drag royalty, Shea Couleé, Smirnoff made the announcement at Chicago Pride in the Park, building on decades of commitment to the LGBTQUIA+ community. 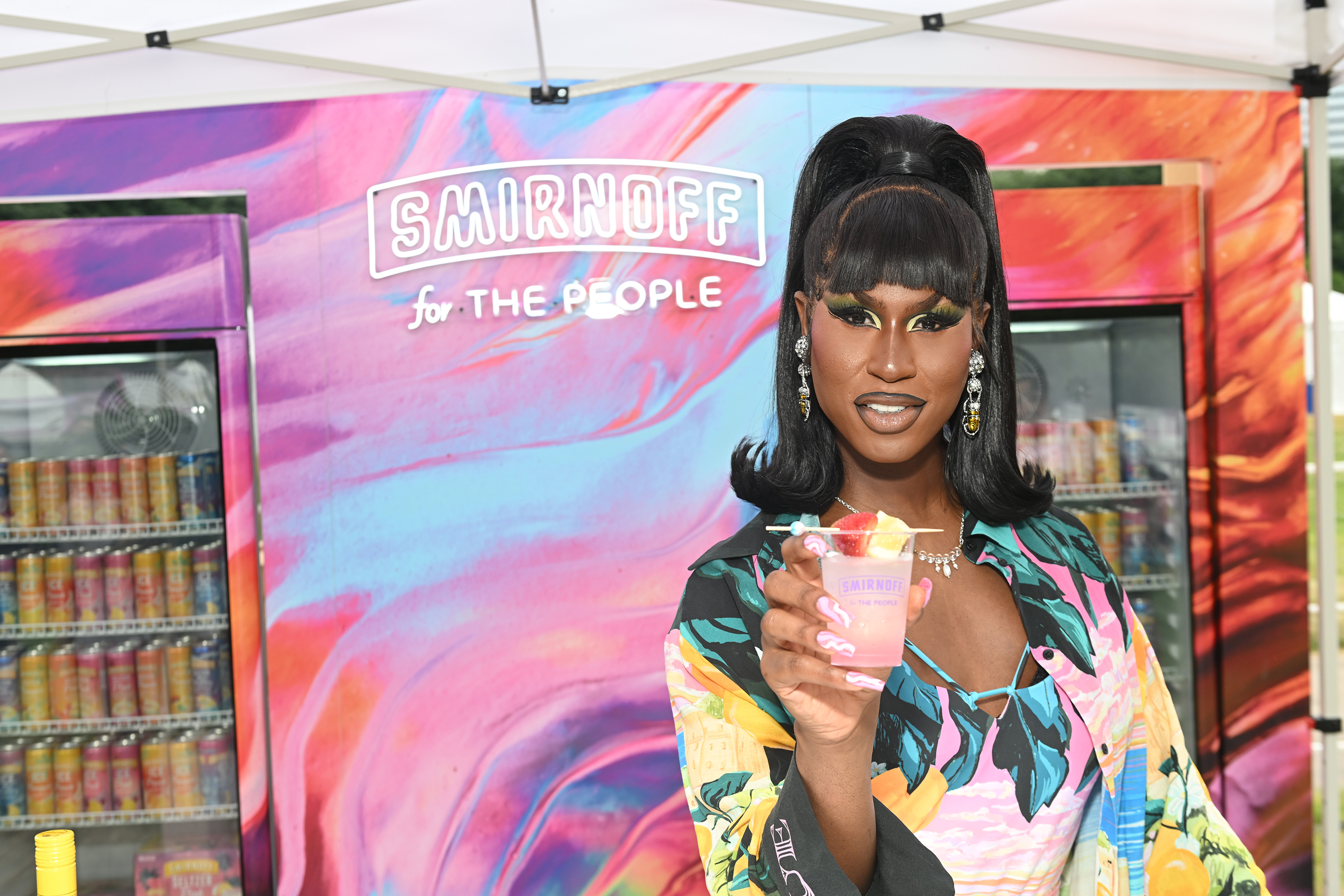 From pageant queens, butch kings and every unique flavor of drag in-between, the Smirnoff Show Up. Show Off! Competition will include a sick'ning lineup of all genres of talented performers from across the country serving up drag realness during a series of brunch-themed events as we search for our next Pride talent. The most showstopping will claim a spot to perform at our finale extravaganza. Taking place now through October, the Smirnoff Show Up. Show Off! Competition will be decided on by the people, for the people– as part of a national fan vote hosted on the Smirnoff Instagram channel.*

Shea Couleé (aka the "Shady Coulady") werked Chicago's Grant Park annual event to kick off the inclusive fun. To keep the celebration going well beyond the month of June, Smirnoff is inviting a variety of LGBTQUIA+ icons to join the party as guest hosts of the gag-worthy drag battles from coast-to-coast.

"You know what's giving me life right now?! A brand celebrating Pride outside of June," Couleé said. "I'm all about giving every type of drag performer the chance to show up, slay and play so I immediately jumped at the chance to do just that with the help of Smirnoff!"

The celebration will culminate in New York City in the fall where the fiercest top-voted kings, queens and everyone in-between will battle it out for the crown. The one who reigns supreme, if qualified, will be named Mx. Smirnoff No. 21, receive a talent contract valued at approximately $50,000 and be invited to serve as the newest ambassador representing the LGBTQUIA+ community for Smirnoff Pride 2023. At the event, Smirnoff will also unveil a groundbreaking surprise that everyone, no matter who you are or where you're from, will have a chance to take part in, as an added con-drag-ulations to the community.

"Smirnoff has a long history of championing inclusivity for the LGBTQUIA+ community and that support has only grown stronger over the years," says Jay Sethi, Senior Vice President, Ready-to-Drink Category Leader, Diageo. "Show Up, Show Off is a celebration and call to action for people to be their most authentic selves all year round, because 30 days in June just isn't enough and our community needs to be louder and prouder than ever before."

With a longstanding history of supporting love in all forms, Smirnoff has advocated alongside the LGBTQUIA+ community for a better, brighter future and will once again donate to organizations working to uplift and support those most at risk in the community, by donating $250,000 to The Phluid Phoundation.

As a brand that stands "For the People," Smirnoff is proud to offer a delicious variety of options and a rainbow of flavors for adults 21+ across vodka and flavored malt beverages that reflect the full spectrum of individual tastes and the vibrant LGBTQUIA+ community.

Tune into exciting news to come including delicious drink and drag content by visiting Smirnoff.com/en-us/Show-Up-Show-Off and following @Smirnoff on Instagram. And no matter how you decide to Show Up, and Show Off, please remember to drink responsibly.

*(12) performers will be pre-identified, selected and compensated by Smirnoff to participate in the regional Smirnoff Show Up. Show Off events leading up to the final event in New York City on October 11. To vote for performers in events, persons must be 21+ and follow @smirnoff on Instagram. No compensation/consideration or other benefit will be provided in exchange for voting.

Smirnoff has been giving the people what they want since 1864, serving as a catalyst to revolutionize drinking culture across generations: from inventing the Mule and reimagining the vodka martini to creating a cultural mainstay that defines the flavored malt beverage category with the launch of Smirnoff Ice in 2000.

Because the brand is dedicated to the people and their evolving taste preferences, Smirnoff has an option for everyone along with a dedicated history of adding fun to any occasion while keeping diversity and inclusion at the forefront. Truly showing the power of socializing when everyone (21+) is invited to celebrate.

The Smirnoff portfolio offers a variety of options for adults across vodka and flavored malt beverages. Current offerings include foundations in Smirnoff No. 21 Vodka and Smirnoff Ice, a line of flavors in North America and ready-to-serve flavored malt beverages including Smirnoff Seltzer and Smirnoff Ice Smash. From culturally relevant limited editions to new innovations and zero sugar offerings, Smirnoff has always been known for quality and affordability, and prides itself on giving the people what they want.

Diageo is listed on both the New York Stock Exchange (NYSE: DEO) and the London Stock Exchange (LSE: DGE) and their products are sold in more than 180 countries around the world. For more information about Diageo, their people, brands, and performance, visit www.diageo.com. Visit Diageo's global responsible drinking resource, www.DRINKiQ.com, for information, initiatives, and ways to share best practice. Follow on Twitter and Instagram for news and information about Diageo North America: @Diageo_NA.