Team of survivors help those who have lost someone to suicide 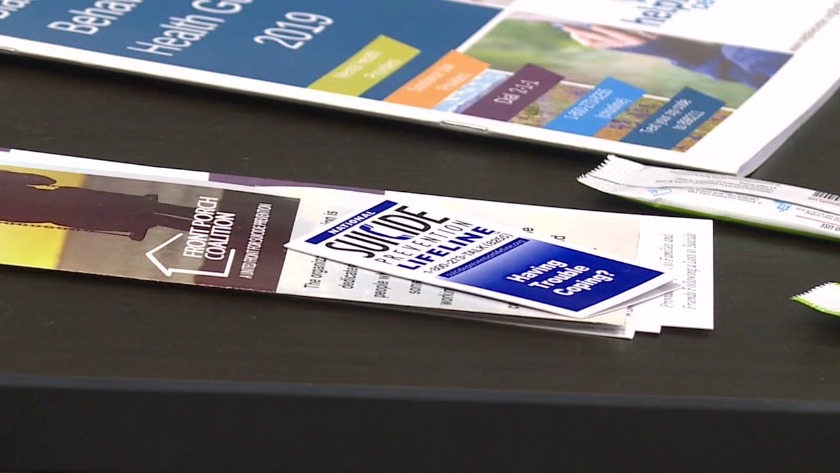 LOSS looks to tackle the stigma of suicide

LOSS looks to tackle the stigma of suicide

RAPID CITY, S.D. (KEVN) - Rapid City is home to the second Local Outreach to Suicide Survivors Team or L.O.S.S. in the country.

Faces of suicide in the Black Hills display at First Congregational United Church of Christ in Rapid City.

This volunteer service out of the Front Porch Coalition involves teams of trained survivors going to the scenes of suicide to provide support and resources.

"It literally feels like you're not going to survive, and so somebody who has survived can be an encouragement or a little bit of hope," said Ted Huffman, L.O.S.S. Team volunteer.

As one of the original members of the L.O.S.S. Team, Laura Boyd lost her son to suicide 26 years ago.

"You feel like you're giving back and you're hopefully helping someone else, there was no one back when I lost my son, that was available like this, we didn't have the information, and the stigma was worse then than it is now," said Laura Boyd, L.O.S.S. Team volunteer.

Boyd said we change the stigma surrounding suicide one person at a time.

"Hopefully people will realize that these people are usually having some mental health problems, and a lot of times we think, well we should have seen that but we're too close to the situation," Boyd said.

Working alongside local law enforcement, since 2005, the L.O.S.S. Team has covered all of Pennington County, and parts of Meade County with new volunteers shadowing calls.

"Even though what we do is we respond to instances where somebody dies by suicide, our mission really has to do with suicide prevention, it's about intervening in such a way that we can prevent the next tragedy," Huffman said.

With about a dozen people currently, the L.O.S.S. Team follows up with families the next day, and on anniversaries of the loss.

Documenting the damage on social media

Documenting the damage on social media